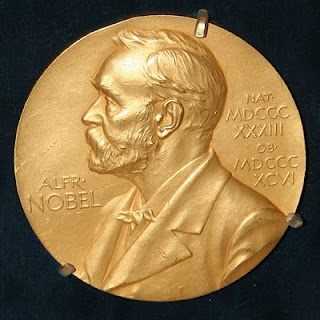 The time has come for the creators of the internet - Larry Roberts and Vint Cerf, and of World Wide Web — Tim Berners-Lee, to receive the 2011 Peace Nobel Prize. The internet revolution proves every year more and more its incredible capacity to highly contribute to human dialogue, development and democracy. Internet has been a powerful tool of planetary networking, education, public health and development. Humanitarian organizations have spectacularly increased their capability of promoting human rights, denouncing scandalous human persecution, save lives against barbarian cultures and governments. The internet plays a strategic role for an extensive international information, which is a condition for a better mutual knowledge and respect.
We are aware of its best uses, such as the Wikileaks demystification of governments’ hypocrisies. We cannot doubt about its contribution to the success of today’s . The internet allows many new human behaviours, a creative 2.0 planetary solidarity. It favours personal valorization, cultural diversity, intercultural exchange, an extensive access to public libraries, cultural expressions and masterpieces. Going through frontiers, it is able to limit human abuses and crimes against human rights.
Of course, the internet is good or bad according to its human uses. Nevertheless it has become a strategic tool of global human progress and peace.
I totally disagreed with the attribution of the Times magazine 2011 front page to Mark Zuckerberg, the guru of Facebook. Still social media generally considered have become an important communication tool. It is also a simple application of the internet revolution. Therefore, I vote without any hesitation for giving the Peace Nobel Prize to the founders of the internet and the web. They deserve it. It is highly time to recognize it.
Hervé Fischer
Publié par Unknown à 20 h 20