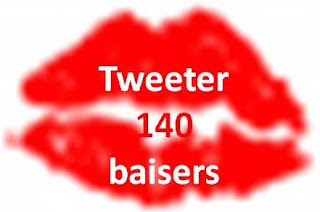 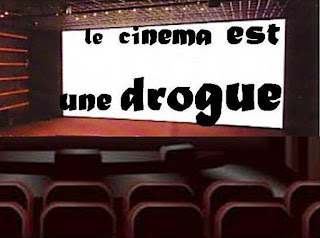 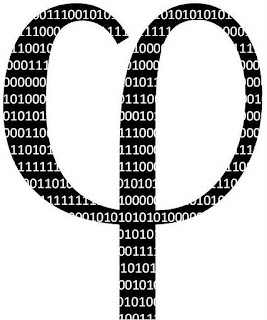 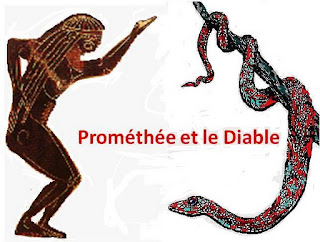 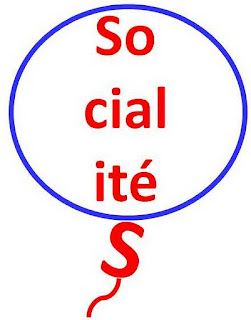 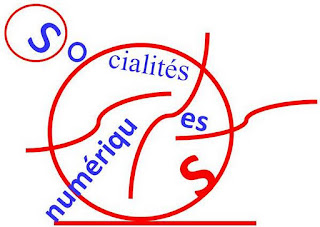 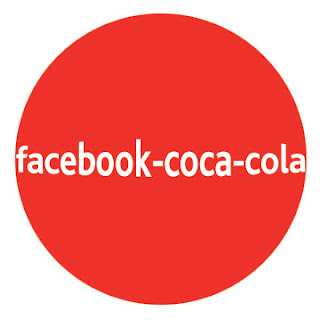 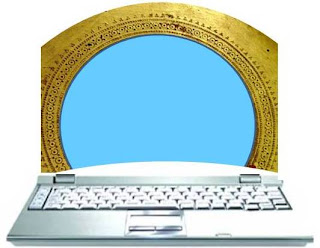 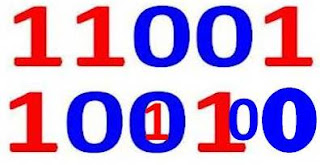 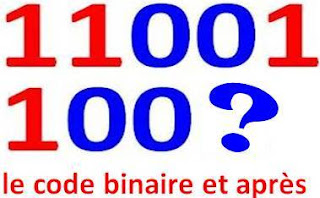 Against McLuhan's idea of the medium as massage 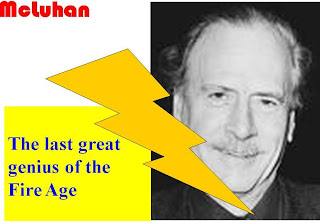 McLuhan speaking of the nature of media used thermic metaphors, like hot and cold media. He also said that the medium is a massage. Of course a massage gives a feeling of heat, it relaxes you and gives you pleasure, some kind of sweetness or euphoria. And therefore you are ready to pay for this wellbeing. You may even get a daily dependance to it.
We must recognize that McLuhan was very much right. Too much. In fact a massage is a hot manipulation. And that is exactly what many media do. It allows them to promote political ideologies, publicity and therefore consummation. Many of them have hideen interests and strategies. This mass manipulation is getting very powerful and we have to resist to it.
It is not anymore possible to mention this statement of McLuhan without denouncing its perverse effect today. It was a very penetrant idea in its time, then McLuhan introduced us for the first time to such "understanding of the media". l admired him a lot. But nowadays l better say that media should avoid any kind of massage and care much more for thruth, freedom and ethics. McLuhan did not speak much about media's ethics. It has got now the main issue. Some media have this very preoccupation in their fundaments and behaviour. They avoid to depend mainly on the profits of advertising. Others not at all: they are dangerous for our democracies.
l had the opportunity of expressing these ideas last week at the excellent International Conference McLuhan100, Then Now,Next organized by Dominique Scheffel-Dunand, director of The McLuhan Program in Culture and Technology, York university, Toronto.
Publié par Unknown à 09 h 52 Aucun commentaire: 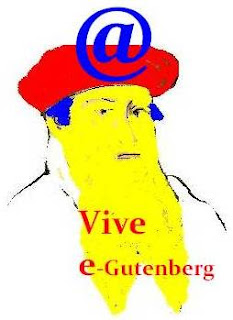 Gutenberg’s triumph
It is often said with a lot of emphasis that digital multimedia let us return to a multisensoriality similar to the one of orality before the invention of printing. It would mean that the Gutenberg’s kingdom, which has been so significant for the Western world, would come now to an end, after only a few centuries. For example l was invited last year in Buenos Aires to an international important conference titled “Gutenberg’s parenthesis”. McLuhan himself made such statements already in 1962 in his book “The Gutenberg Galaxy”.
As a matter of fact we speak nowadays of the end of newspapers and books printed on paper. We look for on line books and newspapers, to bed read on digital screens such as Amazon’s Kindle, IPad and similar readers. And we have to recognize that paper companies encounter a significant crisis. Some people state that we aim to a “no paper civilization”. If this is a true vision, we should question the future of such fundamental ideas of Western modernity as individualism, critical spirit and rationalism, which McLuhan himself has identified as basic effects of the invention of printing”. Such values would be at risk today, threaten by the emergence of the digital age, its extensive technologies of communication, the replacement of the visual and spatial sensibility by a time base focusing on ephemerity, a succession of events, entertainment with consumer and emotional behaviors. Accordingly to this regressive development mass societies would become much more susceptible to media manipulation and finally submitted to a new obscurantism. Such a bad issue is thinkable. But before getting to such a pessimistic conclusion we should reconsider a series of false statements which are extensively prevalent.
First error. In opposition to that is commonly said, the binary code used with digital technologies does not break away from phonetic alphabet. The phonetic alphabet may count with 26 or 30 letters, depending on languages, but his invention meant already a significant rupture from the analogical nature of ideographic writing which changed our evolution. The success of the phonetic alphabet was due to its new nature: it worked as an abstract code, away from any analogical representation or limitation, and therefore with a new instrumental power of combination. The binary digital code has appeared as the simplification of the phonetic code. This reduction to two elements: 1 or 0, on or of, has granted the binary code with a new power based on the speed of electricity and the media convergence. The binary code presents itself as the accomplishment, the logical evolution and result of Gutenberg’s invention of mobile block letters.

Second error. To get it over with Gutenberg, many people underline the commercial success of electronic books. But this success, which has been delayed after many commercial failures, results finally today of a better imitation of our good old paper books. Manufacturers have got aware of the necessity of respecting the ergonomic qualities of the traditional books, which are difficult to transcend or even to reproduce. We speak of low prices, lightness, size, friendly to handle sliding pages, tactile pleasure, even of smelling of ink and paper. We remember this New-Yorker e-books publisher who was shipping to his clients small bags of smelling powder with the disks. Japanese manufacturers have even started to commercialize an electronic book readers which imitate the flexibility of the paper pages when you manipulate it upside down. We have to admit that the success of digital books is due to the better and better electronic imitation of the characteristics of the everlasting paper book.

Third error. Books would be condemned to disappear. Media and books publishers are said to be into a deep crisis. In opposite to that superficial vision we see a fast development of virtual libraries on line, and these libraries are still libraries offering books to read and search. We say also: books are books, are books, whether on a paper or a screen page. Newspapers are still printed newspapers, whether printed on paper or on screen, diffuses on paper or on screens. The nature of the support does not change the mobility of the phonetic writing characters. The Argentinean media philosopher Alejandro Piscitelli, The internet is the printing press of the XXIe century. As a matter of fact, the MIT researchers are proposing cathodic paper and electronic ink. Mixing the text with sound and images with texts does not mean a disappearing of text’s letters or phonetic alphabet, but their extension thanks to the binary code to more domains of sensibility and expression.
The fact that Amazon and other big companies use electronic printing and diffusion and sell books on paper and on line means a great technological progress of mobiles letters and the printing press. It means a great opportunity for the access to more books, including books which are rare, difficult to access, or out of print. Internet is an extraordinary tool giving to paper books a new power of promotion, diffusion, selling, and even writing. We discover spectacular complementarities between paper and screens.


Forth error. In opposition to that is commonly said accordingly this so called era of new orality, we typewrite more texts than ever in the past: emails, blogs, short messages, exchanges on the social media. It may be on computer screens, on mobile screens or many other electronic gadgets. The massive transmission of vocal messages on telephonic networks has become marginal in comparison with the quantity of written data. Vocal interfaces with computers keep exceptionnel. We still use keyboards which replace for our great commodity the old wooden drawers and racks containing and classifying in the XV century up to most recently Gutenberg’s mobile lead letters. The digital keyboard means a significant progress in a friendlier, faster and cleaner electronic manipulation of the characters to be laid on the page.
Not only that. I may also write and program images, sounds and movements and mix them with texts. I can diffuse multimedia contents. Still we have to recognize that we do not create and diffuse an oral content with our larynx. It is only a spectacular extension of printing with a keyboard and/or mouse. We print images, music and movement with the two elements of a binary code.
Fifth error. Web 2.0, chat, on line forums, addiction to social media would bring us back to social rituals and interactivity and integration of former orality, whereas reading books has stimulated individualism. However we should not forget that this networking works on a remote communication, most often in anonymity. Of course the success of multiuser videogames, on line karaoke and other sports or entertainments on line such as the Wii or the Kinect is spectacular. But the integration power of these electronic rituals is still limited, not to be compared with the gestural and visual interactivity and human encounter of former tribal fests. An electronic voodoo is not to appear tomorrow.
The emerging digital age means for sure an anthropological revolution for humanity. But we have to avoid any binary superficial thinking. We are not experiencing the end of the Gutenberg Galaxy. We should not think of a Gutenberg parenthesis in our history, which we would be closing today. On the contrary the digital technologies means a successful new development of the phonetic code into the binary code, of the manipulation of mobile lead block letters into to an electronic more friendly and powerful keyboard” We keep going on with writing and books. A new obscurantism is therefore not a technological fatality which would threaten us.
On the contrary digital technologies allow us to hope for new human progresses.
In opposition to McLuhan’s statement, Gutenberg’s heritage is more evident than ever.
We should honor e-Gutenberg.
Publié par Unknown à 21 h 01 Aucun commentaire: 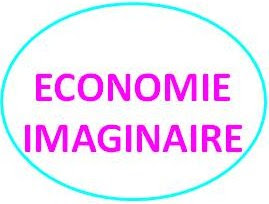 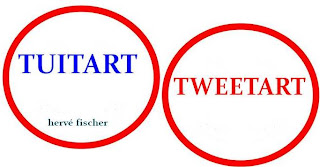 TWEET ART, in French TUITART, is an actualization on the web of the former postal art and the New York Correspondence School of Ray Johnson, of rubberstamp art, wall’s graffiti and posters, street’s imaginary signalizations, pills of the Fischer Pharmacy, tags, tattoos, etc. Futurist artists would have enjoyed Twitter‘s immediate power to diffuse images on internet and social media. These meaningful small images, instead of the 140 characters allowed by Twitter, are exploring the topic of philosophical and ethical questioning about today’s art, politics and main social issues. Barcodes, binary codes, codes with 4 letters (acgt) of DNA, financial diagrams are the main icons of the digital age which l explore. A new step in sociological art, with its interrogative aesthetics.
Tweet art is also a way to link again fine arts and digital arts. I work with painting and computing simultaneously. I don’t agree with the binary way of thinking of artists of the fine arts against the digital arts or reciprocally. They have developed an attitude of anathema between themselves. They should admit that there is no progress in art history. A computer piece of art is not more valuable than a painting on canvas because it is digital. Technological progress is not an issue for art, even if art is always linked with technologies. The art spirit is not in the computer nor in the pen, but in the brain and sensibility of the artist himself. Therefore l look myself for what l call “digital fine arts”.
Publié par Unknown à 10 h 44 Aucun commentaire: 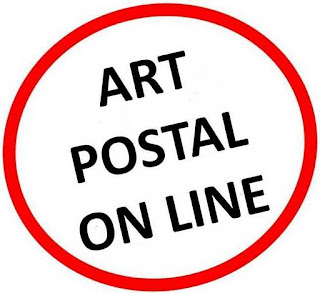 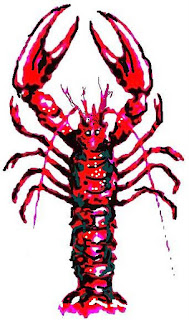 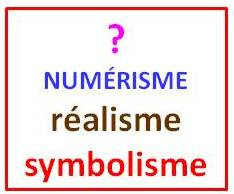